Range Commands You Should Know 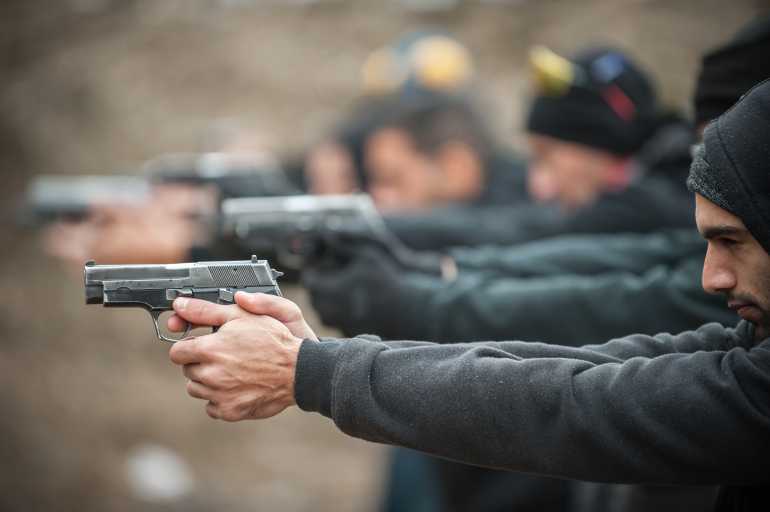 Shooting at a firing range is an excellent hobby to help become proficient in using a firearm, whether you are new at handling one or have done it countless times.
No matter what, however, there are certain rules that need to be followed while there. These rules include knowing, and following, commands that may be given by the range officer. The range officer is the one who is in charge of the firing range. He (or she) is responsible for making sure that everything is operating smoothly and that everyone involved is using safety first above all else.
While certain rules and such will differ from range to range, most are known widespread and should be followed as closely as possible.
The first command is load. This command is used when shooters on the firing line are allowed to load their firearm.
Another command is Commence Firing. This command lets shooters know that they may begin shooting as they are ready.
The command Cease Fire is one that requires anyone on the firing line to stop shooting immediately. The shooter is to point their firearm in a safe direction and unload. This particular command can be used by anyone in the shooting range if they feel or notice an unsafe situation.
While these three commands are the main universal ones, specific shooting ranges may use other ones that fit to their particular practices. It is the shooter's responsibility to always know what these commands are, in regards to knowing what is expected of them. This is necessary to keep everybody safe when it comes to both handling and firing their weapons.
Along with these commands, there are also some general rules that need to be followed while at a shooting range.
First off, if a firearm ever malfunctions while you are at the range, it is important to remember to keep the gun pointed downrange. It is recommended that you raise your non shooting hand to alert the range officer or another range employee, to allow them to be notified of any issues so they can assess how best to help, in terms of keeping everyone safe.
Pointing your firearm at any direction other than downrange when it is loaded can lead to major safety problems. You should only fire at the target that is in line with where you are positioned in the firing line. Also, the target should be at the range’s specified height to ensure that everyone on the firing line is safe from any type of ricocheting bullets.
It is also important to remember to never handle your firearm while another shooter is downrange checking or changing out a target.
Equally important, remember to never handle or touch another shooter's equipment without their explicit permission.
It is important to remember to wear protection while at the range, even if you are not going to be firing a weapon. Hearing protection as well as eye protection both serve important purposes in keeping people safe when it comes to be around firearms during the shooting process.
Excessive, loud conversation is typically not allowed either, even if the person you are talking to is not shooting, as it can distract those who are trying to concentrate on shooting, which can result in potentially unsafe and even deadly situations.
When you are finished shooting at the range, it is important and respectful to make sure to pick up anything you may have brought with you or used. This includes any used targets, ammunition boxes, and empty brass. This allows the firing line to stay clean, keeping from any distraction or hazards when others are continuing to shoot their firearms.
Once you are done picking up and are ready to leave the shooting range, it is recommended that you wash your hands and even your face with cold water to make sure that any traces of gun powder or debris is washed off of you.
These commands as well as any others that the specific range you are visit may provide you with are an important part of firearm safety and knowledge. While some rules may seem like just plain common sense, it is important to always remember and practice them to keep everyone who may be present at the shooting range safe from any type of harm, even if accidental.

Joshua is our senior staff writer for Fishing.org and Shooting.org. He is an avid hunter, clay shooter and amateur photographer.