Learning to Shoot Beyond 2000 Yards 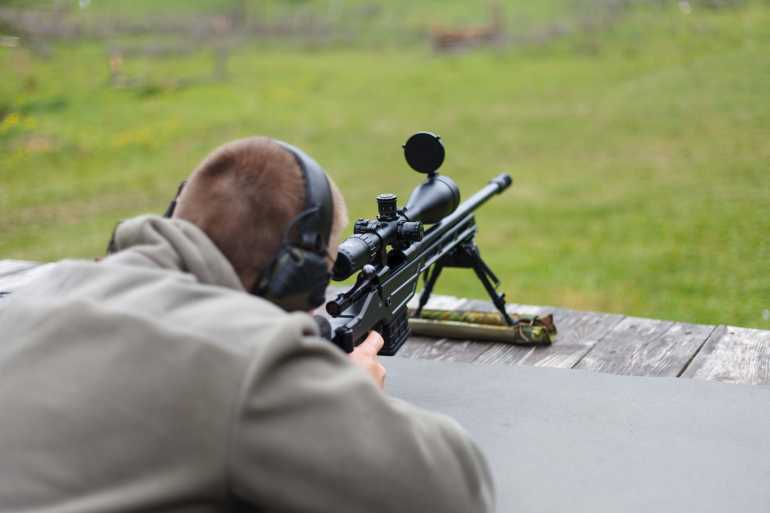 For anyone who is an enthusiast about any hobby or sport, they can tell you their best times and fastest speed they have completed a task. When it comes to marksman, experienced shooters know off the top of their head what their longest shot was. For many people, they don't think about how far they can shoot until they need to. Many of those serving in the military find out real quickly they need to renew their rifle qualifications yearly and be able to accurately shoot at least 500 yards or more.
According to a marksmanship instructor working at Camp Lejeune in the Stone Bay Range, he watched how many scout sniper students already knew how to engage in targets that were more than a thousand yards away. He spent the rest of his time training and competing in hi-power, three-position air rifle competitions. The air rifle competitions helped him to improve off-hand shooting, shooting small-bore weapons and helped to improve everything from his patience to trigger management.
Around 2007, he was working at Blackwater. During his time there, he met a former sniper team leader who worked for the United States Special Forces in the army. He was invited to review a product the editor was passionate about. This is how he learned about the importance of Kestrel weather meters.
Since then, his interest in long-range shooting grew significantly. With more practice, he found that he was able to shoot up to 1,400 yards with ease. In a pursuit to learn how to shoot farther with accuracy, he learned that his ammunition, rifles and optics needed to be higher performance levels as well. Overall, training is what benefits everyone the most, however.
Over the last couple of years, he spent time at the FTW Ranch in Texas. He was attending the SAAM school to help hone his skills. While there, he became a member of a beta testing team that helped him determine the best weather station. It is the 5700 loaded with 4DOF Hornady's ballistics information. When using this, he found that his personal best was 2,200 yards. It is important to note that this number does not come easily with just a single rifle, single gadget and one bullet. It also doesn't come from a specific type of scope. It is necessary to find the perfect combination of each and then match that with lots of practice and training.
Tips For Shooting Beyond 2,000 Yards
There are a lot of contributing factors to accurately shooting a target from thousands of yards away. If you want to improve your shooting accuracy from long distances, below are some tips to take into consideration.
1. Collect Data
It is important to collect data on the rifle you are using and keep data from every shot. This lets you know how the gun will shoot during different conditions.
2. Shoot Dirty
Many snipers prefer to shoot using dirty guns. While many shooters will clean their rifles every two to three hundred rounds, snipers prefer to leave their rifles dirty for an entire season.
3. Squeeze Trigger When Paused
How you are breathing when you shoot can play a significant role in your accuracy. Consider shooting after taking three deep breaths. Once you let out all the air after the third breath, hold for a one to three-second pause before pulling the trigger. The deep breaths will allow you to relax and be as still as possible when shooting.
4. Follow Through The Pull
Never jerk the trigger when trying to shoot accurately at far distances. You want to have a slow and steady squeeze towards the rear. Follow through until the shot breaks. Many people don't understand that following through is critical. Once your shot breaks, you need to continue your squeeze towards the rear before releasing the trigger. Additionally, the trigger needs to be released slowly from back to front.
5. Study Wind Patterns
Wind patterns can play a significant role in the accuracy of your shot. Unfortunately, wind patterns are never constant. The most important consideration when shooting long-distance is determining the wind around two-thirds of the distance to your target. When shooting, winds can be different speeds and directions at various points between you and the target. It is important to recognize these and determine the right adjustments for your shot.
6. Know Your Bullet
The bullets you use can make a big difference in how accurate your shot is. Average hunters use different types of ballistic-tip ammunition. When shooting long distances, these types of bullets are not going to be as accurate. While practicing, use different types of bullets to test and find which one works best with your firearm. Be prepared for some kick-back from shooting with different kinds of guns. You want the recoil to bring the gun straight back, not up or down.

Carla is a staff writer for Fishing.org and Shooting.org. She is an avid outdoors enthusiast and photographer. She can be found most weekends fishing and exploring the wilderness.