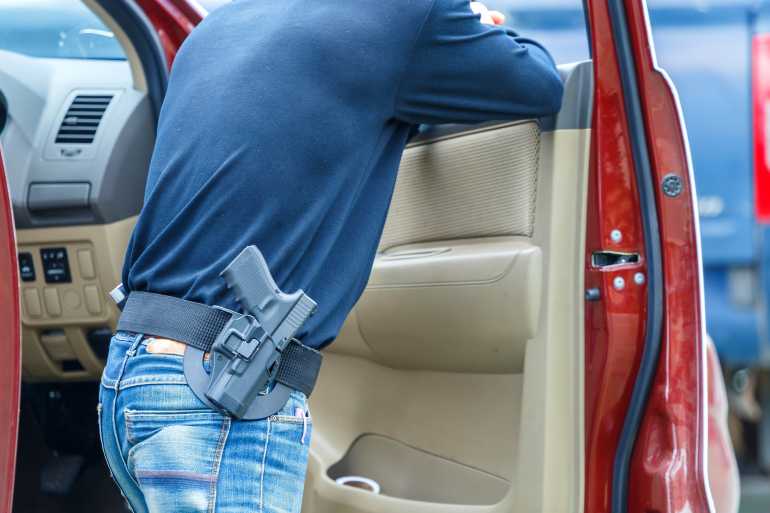 Having a gun on you can be important if you are working in a role like law enforcement. However, there are plenty of reasons why you should consider carrying around a backup weapon that goes on the side of your primary weapon. Take into consideration these reasons why you should carry around a backup weapon and then see the methods you have on hand to do so.
Ammunition
Getting into a gunfight with a perpetrator means that you might end up using all of the ammo that's loaded into your gun without taking them down. Carrying around a second gun for the ammunition can be great since you don't need to worry about carrying around loose magazines that could be hard to put into your gun quickly.
Physical Restraints
Depending on the perpetrator, they may end up wanting to fight you with their hands which could mean that you might not be able to reach your primary gun when they are locking it down from you. Having a backup gun on you means that you can reach for it where they don't know where it is and disable them before they try to hurt or kill you.
Lost Gun
A perpetrator might be trying to get away from you, meaning that you'll end up being in a foot chase to take them down. These on-foot chases can lead to trouble when you end up dropping your gun somewhere on the ground during the chase, meaning that the perpetrator might take their opportunity to fight you back instead of just running away. Taking the option of having a second gun on you is important as they typically will be a lot more secure to the point where you don't need to worry about the gun ever falling out.
Ankle Holsters
Making your backup gun far out of sight of anyone can be very important when it comes to needing one for your job. Having an ankle holster can be great since your backup gun will be tucked into your pants, making it so that it won't be visible as long as you aren't wearing pants that are too tight. The only significant disadvantage to ankle holsters is that it can be hard to reach if you are in a situation where you need a gun as soon as possible so keep that in mind.
Inside Pockets
Sometimes if you are in a quick situation, you'll want to be able to simply grab for your gun and shoot. Having your backup gun inside your pockets can be great since it'll be out of sight from being on your belt or chest but it won't be so easily visible. It's important though that you get a specific holder for having your gun inside your pockets as you can easily have it discharge on its own if you just have it hanging inside.
Inside Waistband
You may find that you aren't in so many physical situations where someone could steal a gun off you so you might want to consider having your backup gun on the outside. Putting your backup gun inside your waistband means that you can have your gun on the opposite side of your primary gun if you are someone who typically has their primary gun on their waist, making it easy to grab whatever gun that you are looking for. The only big downside with going for a gun inside your waistband is that you are removing extra space that you can use for spare magazines, a portable radio, handcuffs, and other accessories needed on a daily job.
Conclusion
Finding the right backup gun and the way that you can hold it is difficult but this advice should be useful in finding the right method that works for you. To truly make sure that having a backup gun works, make sure that you constantly go through training situations where you would have to use your backup gun in the case of running out of ammunition or having someone approach you in a way that makes it so that you can't simply pull out your primary weapon and fire. Once you've gone through training, you'll be great to use a backup gun for the rest of your life.

Joshua is our senior staff writer for Fishing.org and Shooting.org. He is an avid hunter, clay shooter and amateur photographer.